WINNER OF THE ROBERT MUNDELL PRIZE


June 7, 2021
The Canadian Economics Association awarded Joseph Steinberg the prize for his paper "The Macroeconomic Impact of NAFTA Termination" 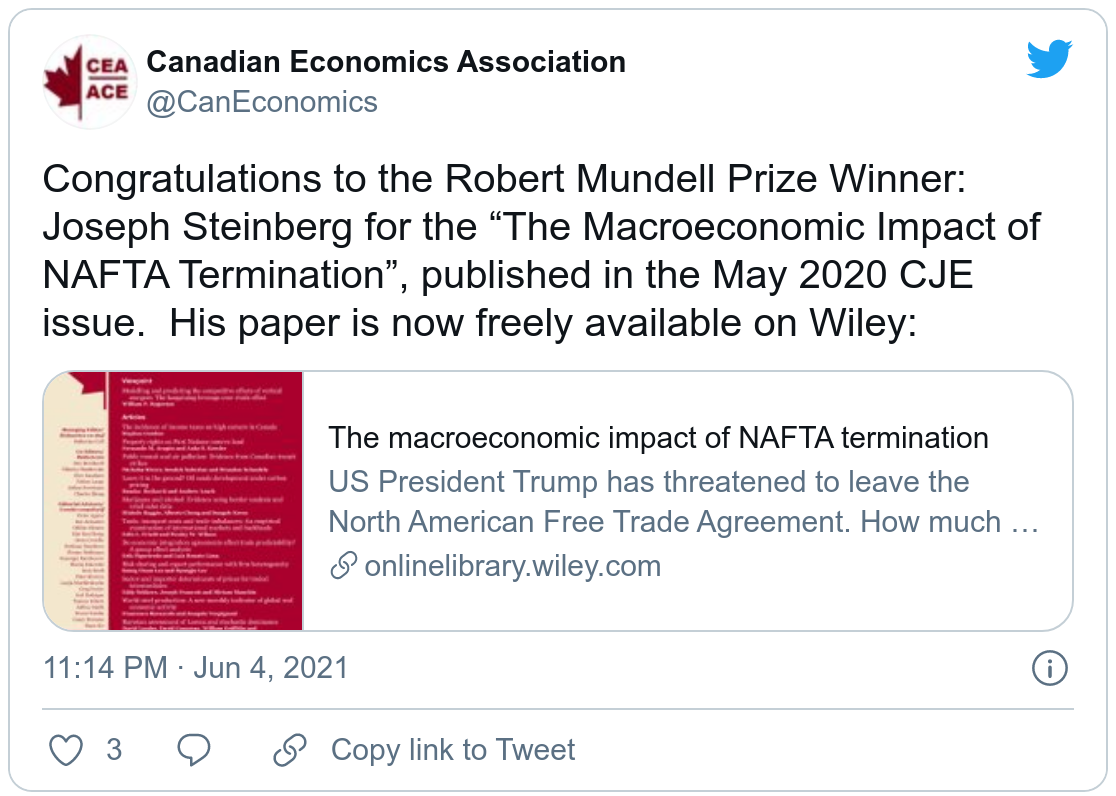 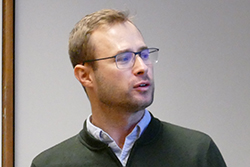 Professor Steinberg's paper appeared in the May 2020 issue of the Canadian Journal of Economics and was produced in the context of then US President Trump threatening to leave the North American Free Trade Agreement. It posed several questions: How much would each member country gain or lose if this threat were carried out? Would trade imbalances within the region diminish? What would the transition to new production and consumption patterns look like?

Steinberg provided quantitative answers to these questions using a dynamic general equilibrium model with a multi-sector input–output production structure, heterogeneous firms that make forward-looking export participation decisions, and adjustment frictions in trade and factor markets. Among his findings were that regional trade flows would fall dramatically and, while the US trade deficit with Canada would decline, the deficit with Mexico would grow. The full paper can be accessed online.

Named after Canadian economist and Nobel laureate Rober Mundell, the prize is awarded for the best paper published in the Canadian Journal of Economics in the previous two calendar years, with the author(s) having obtained their PhDs no more than seven years before the date of the paper's acceptance. It is awarded at the annual Canadian Economics Association meeting and is selected by a committee of three appointed under the authority of the Board of Directors of the Association.