September 4, 2019
The award is bestowed in recognition of a lifetime of study of the history of economics 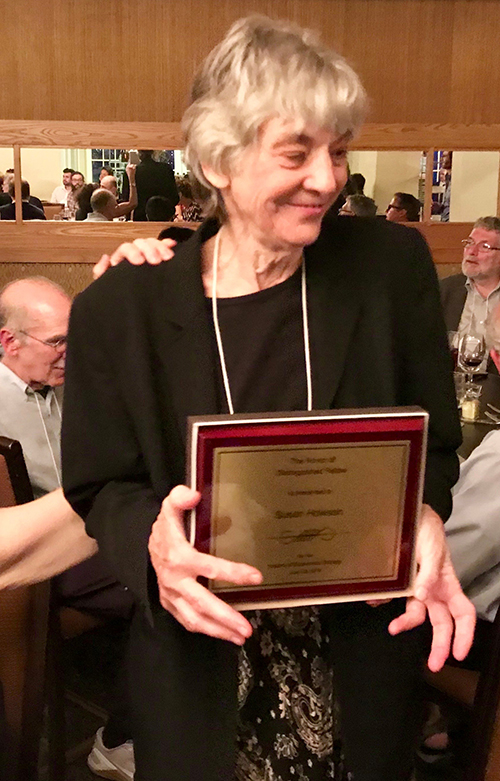 The holder of a master’s from the LSE and a PhD from Cambridge, Susan Howson joined the department at U of T in 1977 as an assistant professor, becoming a full professor in 1988. She has served as an associate dean in the School of Graduate Studies, as well as a seven-year stint in the Faculty of Arts & Science as Vice Dean Undergraduate Education.

In addition to economic history and the history of economic thought, her research interests also include international economics and macroeconomics. Throughout her long and notable career, Howson has examined the intersection of the history of economic ideas, policy-making and economic history. With this Distinguished Fellow award, she joins an illustrious group whose members also include Craufurd Goodwin, David Laidler, Fredrich A. von Hayek, Lionel Robbins and George Stigler, as well as fellow department professor emeritus Donald E. Moggridge.

The committee's recommendation noted Howson's "extensive and rich CV" and the letters of nomination received, with its citation including the following summary of the context of her contributions to the field: