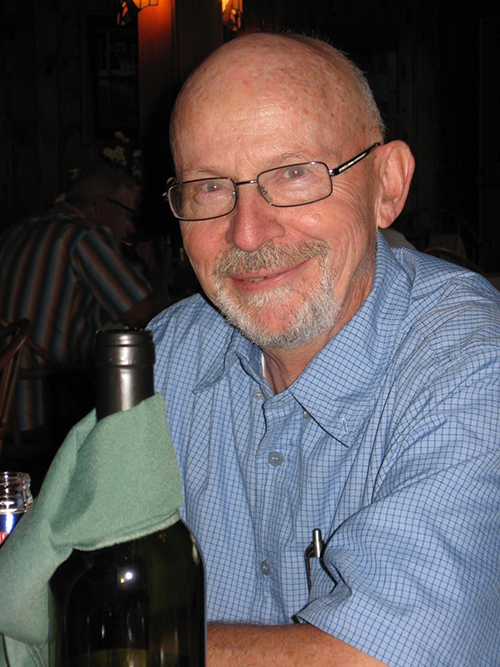 We regret to announce that Professor Emeritus Richard Miller Bird passed away suddenly on June 9, 2021 at the age of 82. Our condolences go to his family: wife Marcia, children Paul, Sandra, Marta and Abbey, and grandchildren Austin, Spenser, Jack, James and Rose. A private family service will be held, as was Richard's wish. In lieu of flowers, donations to Doctors Without Borders would be greatly appreciated. A guestbook is available to sign online. Please visit to see a wonderful collection of photographs of Richard and to read the many heartfelt tributes.

Bird had a finely honed ability to combine general economic theory with institutional realities and politics, and a talent for innovative—and on occasion unconventional—approaches. In "Canadian Matters: A Tribute to Richard Bird" (2006), Enid Slack, a former U of T graduate student of his (and now Director of the Institute on Municipal Finance and Governance at the Munk School of Global Affairs and Public Policy) and her co-author François Vaillancourt also described the impressive "breadth of his knowledge, the range of his interests, the quality of his analysis, the clarity of his prose, and the sheer volume of his writing." They also mentioned the generous encouragement he gave to others, noting that he was "a true mentor."

Two members of the Department of Economics faculty echo the importance of this aspect of Bird in their own careers. Professor Dwayne Benjamin, Vice-Provost, Strategic Enrolment Management and former department chair) remarks that not only was Bird's work influential, highly respected and a significant part of what originally attracted him to U of T, "Richard was very kind and supportive when I arrived, and as I felt like a bit of an interloper in development economics, he went out of his way to welcome me." Michael Smart (professor and co-director of the Finances of the Nation project, which is devoted to making Canadian public finance data widely available) comments that it was distressing to learn of Richard's passing, as he "was an extremely important mentor and friend to me."

"Richard was quite possibly the most prolific scholar our department has ever produced. His CV lists 45 books that he wrote or edited, and over 200 chapters in books and articles in journals, as well as many other contributions. He never stopped working, it seems, and he was cheerfully replying to emails from friends and collaborators to his very last day.

"An expert on public finance in developing countries, Richard never stopped travelling either, and he always took the time to understand the places and people he encountered along the way. As a result, he is known and respected in countries around the world – usually from the Finance Minister down to the most junior graduate student in the local university.

"Driving Richard's impressive work output was his love of doing economics "in the real world" – as well as his prodigious memory. He could tell you in detail about a paper he had read a decade ago – or the one he had written 40 years ago that included the brilliant idea you thought you just invented. He could tell you where he took you for dinner in Bogotá that time you forgot about, and who picked up the check (it was probably him). Through it all, Richard kept his good humour, his good nature, and his fundamental desire to make his work about the people – not just the numbers. He will be sorely missed."

Richard M. Bird took his first degree at Dalhousie University and completed graduate work at Columbia University and the London School of Economics, receiving his PhD from Columbia in 1961. He taught at Harvard University for several years before joining the University of Toronto.

Bird was an expert in tax and public finance, publishing extensively and lecturing in many countries including the United States, Australia, Japan, the Netherlands and India. He was a frequent consultant to a number of bodies and organizations, including the World Bank and the International Monetary Fund. Among the many publications he authored were several classic texts on Canadian public finance, such as The Growth of Government Spending in Canada (1970), The Growth of Public Employment in Canada (1979, with Meyer Bucovetsky and David Foot) and Public Finance (1987, with Richard Musgrave and Peggy Musgrave). His most recent book was Fiscal Decentralization and Local Finance in Developing Countries (2018), co-authored with Roy Bahl.

There were three organizing principles underlying his work in public finance and taxation: (1) Pay attention to issues that affect policymakers; (2) Tax policy is as much about politics as it is about economics; (3) Economists' work should always be made available in forums where it is readily accessible to policymakers.

The number of prestigious positions Bird has held and the awards he received are a testament to the far-reaching influence of his contribution to his field. In addition to holding an emeritus professorship in the Department of Economics, he was also Professor Emeritus of Economic Analysis and Policy at the Rotman School of Management, Senior Fellow at the Institute on Municipal Finance and Governance and Research Fellow at the C.D. Howe Institute. He was also Distinguished Visiting Professor at the Andrew Young School of Public Policy (Georgia State University), Adjunct Professor at the Australian School of Taxation and Business Law (University of New South Wales, Sydney) and a Visiting Professor of Law at Harvard. He was also a member of the Central Advisory Group of the International Centre for Tax and Development at the Institute for Development Studies in the UK.

In 1978 Bird was named a Fellow of the Royal Society of Canada and in 2006 received the National Tax Foundation's Daniel M. Holland Award for distinguished contributions to the study of the theory and practice of public finance. He received three awards from the Canadian Tax Foundation: the Douglas J. Sherboniuk Distinguished Writing Award (1998), the Queen Elizabeth II Diamond Jubilee Medal for outstanding achievements (2013) and the Lifetime Contribution Award (2017).