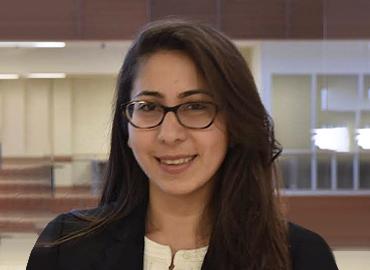 The current housing market is one of urban life's greatest mysteries. Why have prices risen so precipitously of late? What factors prevent large cities from providing comfortable housing to citizens with well-paying jobs, let alone everyone else?

One microeconomist is confident that machine learning techniques will soon be used to answer these and many other housing questions — and to help, ultimately, in the quest for more equitable housing.

Nazanin Khazra is one of a pioneering generation of young economists who are using machine learning in her research and teaching.

Machine learning is the branch of artificial intelligence where algorithms modify themselves as new information is added. Though it's been around since the 1950s, the recent advent of advanced neural networks — which mimic the way human brains work — has now ushered in an era when machine learning can predict everything from traffic jams, to weather, to emergency-room waiting times and more.

But the technology deals mostly in predictions: and these are not, as Khazra points out, an economist's main concern. "Predictions are only a small part of economics," she says. "Economists look for causal relationships. For example, finding the causal effect of education on income is a different problem from predicting someone's income using their education level."

Yet once causes are firmly established, the best predictions can be made — and that's where machine learning will really be able to answer hard questions about problems such as housing. Until recently, economists have been using outmoded data tools that do not have the power to handle large datasets, or provide accurate predictions in the presence of non-linear information.

Two factors have enabled the rise of machine learning in economics: models have been tweaked to find causes instead of just predictions, and researchers now have vast quantities of data at their disposal. Khazra is in the vanguard here; two papers she is currently working on look at very particular housing questions.

In one, she and her colleagues are completing an in-depth analysis of how short-term rental market has jacked up house prices.

"Previous work showed that Airbnb has led to increase in prices," she says. "People prefer to rent their houses out than to sell them, which makes inventory rare. But in this paper we show that the main effect and increase in house prices comes from improvements in matching quality of buyers with sellers. Sellers prefer to rent their house on Airbnb until they find the highest bid. And from the buyer's side, Airbnb means you don't have to lease an apartment for a whole year while looking for a house — you can just rent an Airbnb for however long it takes to find a price that suits you."

It's expected that home ownership generally increases consumption, since with houses as collateral owners have access to credit. They also feel wealthier which leads them to increase consumption. But for non-owners, the reverse is true. And because machine learning is allowing Khazra to show in granular detail which groups have reduced spending power — therefore decreasing economic activity on the whole — she can paint a very detailed picture of the situation.

"We don't just have to look at the ‘average' person's consumption, as we used to," she says. "We can look at particular population groups or postal codes. Machine learning allows you to see relationships you couldn't see before."

Economic inequality and housing prices are both hot topics Khazra's research is highly original in that it shows how they are linked. "If we can show the housing market's effect on inequality, it will give policy makers a measure by which to control house prices — whether by increasing the housing supply, reducing zoning laws or giving more freedom to builders."

Machine learning is also used in urban economics in conjunction with satellite data — imagery captured by satellites can monitor urban development over time in any part of the world. "You can simply use machine learning to classify whether there is new construction in an area, whether the traffic has increased, whether there are new roads, and many other things," Khazra says.

In her teaching, Khazra finds that today's undergraduates are more and more eager to incorporate machine learning techniques in their research. By "playing" with a variety of new datasets, they manage to make discoveries previously unavailable to the most junior economists.

And soon, even house-hunters could use these tools, enabling them to decode the market's mysteries personally. "Everybody can code simple machine learning models, and in the near future they will be even easier for people to use," says Khazra. "That's why it's important to teach this to undergrads today: soon, working with machine learning will be not just a nice thing to have, but a requirement."

Reproduced in full from the original article, with kind permission