Yoram Halevy has won the Canadian Economics Association's John Rae Prize for 2020, which is awarded bi-annually to the Canadian economist with the best research record during the last five years 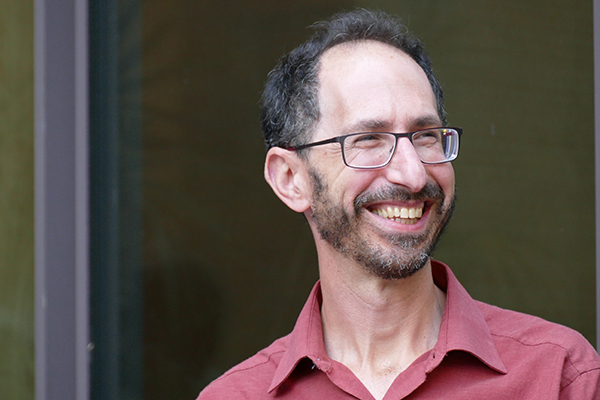 A professor and the director of the Toronto Experimental Economics Laboratory based in U of T's economics department, Halevy has research interests in individual and strategic decision-making. He uses theoretical and experimental tools to examine what constitutes so-called 'rational' behaviour, and investigates how (bounded) rationality is revealed in various environments. Bounded rationality emphasizes that when individuals make decisions, rationality is necessarily limited by the tractability of the problem, human cognitive constraints, and the time available in which the decision must be made.

Halevy, reflecting on the 19th-century economist after whom the prize is named, comments that "it is fortuitous that John Rae acknowledged the importance of uncertainty for temporal choice problems, a topic that I have investigated in several of my papers that demonstrate how time inconsistency relates to the perception of the future as uncertain."

Noting Halevy's "stellar research record in investigating deviations from standard rationality", the John Rae Prize's awarding committee commented that "his work is exemplary in mapping rigorous theoretical foundations to implications for both experiments and observational data." The committee also remarked on Halevy's impressive publication record, adding that "the actual quality of these papers matches the prestigious nature of the outlets" in which they appear. The list of publications is a veritable 'who's who' of economics journals and includes Econometrica, Experimental Economics, Journal of Economic Behavior and Organization, Journal of Political Economy, Quantitative Economics, Review of Economic Studies, and American Economic Review: Insights. "I was extremely fortunate to collaborate during the award period with an exceptional group of researchers," Halevy says. "In particular, I appreciate the opportunity to co-author with all my PhD advisees. I am privileged, too, to be part of a research-enabling community, and surrounded by first-rate colleagues at the University of Toronto."

The award committee draw special attention to the contributions made by Halevy’s papers in Econometrica, Journal of Political Economy and Review of Economic Studies. We take a brief tour through them here, to highlight what the committee describes as Halevy's "coherent, energetic and insightful program of exploration of bounded rationality that has attracted international attention."

About the John Rae Prize

Established in 1994 to recognize research excellence in the recent past, the prize is awarded every second year to the Canadian economist with the best research record over the previous five years.

The award is named for John Rae, who was born in 1796 in Scotland and who did most of his work in Canada. He was a genuine precursor of endogenous growth theory. The decision on the award recipient is made by a three-person committee, appointed by the president of the CEA in consultation with other members of the association's executive. In 2020, the committee members were Siwan Anderson, Fabian Lange and Arthur Robson.